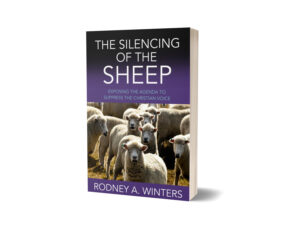 There is what I believe to be an attempt to silence the voice of Christianity and its beliefs in the public arena. There is an unprecedented hostility toward Christians and Christianity that exists today in the United States. Rather than a freedom of expression for opposing views, there is a suppression of thought against beliefs that go against popular culture.

The Silencing of the Sheep exposes hundreds of cases of Christian bias in American life in the past decade. My aim is to educate and motivate my readers to think critically about the messages we receive daily–especially in the mainstream media.

ONE – GAG ORDER
TWO – THE NEW NORMAL
THREE – THE BULLY PULPIT
FOUR – THE REVISIONIST HISTORY
FIVE – A LIE IS STILL A LIE
SIX – I HAD NO IDEA
SEVEN – YOU’RE ON PUNISHMENT
EIGHT – WHAT NOW?

It is my hope that non-Christians are reading this book as well. If you are not a Christian, you should also be concerned about the attacks on religious freedom. If religious freedoms are not safe in this country, then no freedoms are. Christianity may be what is politically incorrect today, but tomorrow it may be something else. The next major issue may be something that is near and dear to your heart. If the door is opened to allow and accept the erosion of one freedom, it is likely that it won’t be long before other freedoms will disappear. 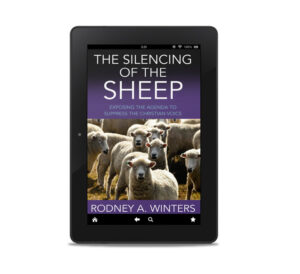