Not long ago, I saw an ad in a newspaper insert for an item I was interested in purchasing. I do not normally shop at that store, so I was not familiar with the layout when I arrived. When I got to the particular department for the item, I asked the young cashier where these items were located. She quickly and confidently told me, “We don’t carry those here.” I informed her that the item was in their ad flier. She opened the flier that was in front of her on the checkout counter and saw the item. At this time, another store employee was walking by, so she asked him where this item was located. He took me to the exact spot and actually gave me information on the different choices available.

As I thought about this incident, it reminded me that sadly, there are Christians who are like that cashier. We represent Jesus, and people are looking to us to point them to Jesus and what He has to offer. Unfortunately, many of us don’t know what’s in the “flier” — the Bible, God’s Word. Too often, people who are seeking answers are given misinformation. Like the cashier, these believers are not trying to be deceptive; they simply don’t know the truth. Thankfully, there are believers like the second employee who know the Word and can point people in the right direction.

If you are a Christian, let’s be like that second employee. Get into God’s Word. Read and study it, so we will know how to answer people who have questions. It’s our responsibility. If you’re not a Christian, and have been given faulty information, please don’t be turned off by those of us who don’t represent well. None of us has it all together. We are all works in progress. What you’re looking for is available. Find someone like that second employee who can guide you to Him. Better yet, ask God himself. He’s more than willing to show you.

God is our refuge and strength, a very present help in trouble.

In a few days I’ll be 45 years old. Most likely I am in the second half of my life, assuming I may not live to be 90. As I think of some recent public figures who have passed away, I am reminded of my desire to finish well. These particular individuals to whom I’m referring had many great accomplishments, but may ultimately be remembered for failures at the end of their lives. I don’t want to be remembered for my failures, but rather as one who finished well. We all have had failures, but we can overcome them. It is possible to move forward past the failure and complete our journey in victory.

At what have you failed? It does not have to define you. You can overcome failure. We have many examples of people who have done so. What do you want your epitaph to read? Forget about the past and make progress toward that goal today. Our failures do not change God’s love toward us.

I believe there is more life to live. I believe my best days are ahead of me. God still has something for me to accomplish–and you as well. Let’s finish well!

Although my last name is Winters, summer is my favorite season of the year. Living my whole life in northern Ohio, I have become acclimated to the sub-zero temperatures that are common in January and February, and the multiple inches of snow. However, I prefer the warm weather and long summer days of July and August. Today is the Winter Solstice – the day in the northern hemisphere with the least hours of sunlight. When I think about December 21, I am encouraged as I think about the fact that from this day until late June, the days are getting longer.

You may be like many people, and are going through one of the darkest times in your life. Today is your winter solstice. Be encouraged. It gets better from here! 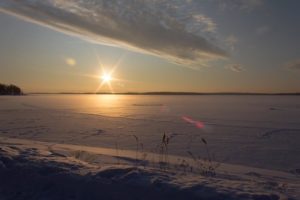 Today is Election Day in the U.S. People all across America are voting on local school levies, referenda, amendments, judges, governors, etc. Voters will be making many important choices; some of which will have long-lasting impact. In actuality, every day is “election day”. Every day we make choices that affect our futures. Many of us are dealing with the consequences of choices and decisions made some time ago. Where we are today has much to do with choices we have made in the past. Some decisions are easy, while others require much thought, consideration and prayer. 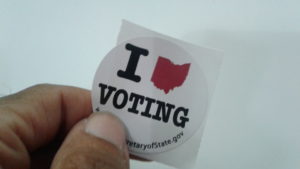 Even after facing a major disappointment such as a divorce, job loss or family crisis, we still have a choice as to how we deal with the negative situation. Will it be happiness or self-pity? Forgiveness or bitterness? As I state in Go Into The House, “we can choose to ‘join the festivities’ or remain isolated.” Let’s make positive choices so that we can do everything in our power to position ourselves for a better tomorrow. Happy Choice Day!

We often enter into situations—particularly relationships—with the wrong expectations. We can be surprised by an outcome when our expectations have been too low, or disappointed when expectations were too high. We can hope things will be a certain way, but they don’t always work out as we imagine they will. It could be that we fail to communicate our expectations to the other party. We can’t assume that other people know what our needs and desires are. Some people intentionally set their expectations low in an effort to avoid disappointment, but this still leads to unfulfillment and dissatisfaction.

Whether our expectations are high or low, if we’re honest, we must admit that we have them. Setting high goals is important, but we must also be realistic. Having the right expectation often involves doing the research necessary to obtain all the facts. The more you know about a particular situation, the more realistic your expectation will be.

What goal do you have? Gather all the information you can. Be honest about your expectation. Share it with those affected. This will help you achieve your objective. I’d like to hear what you think. Please take the monthly poll and feel free to post a comment.

I’m sure we’ve all heard the phrase, “you reap what you sow.” This is based on the biblical principle found in Galatians 6:7-9. This expression is often associated with negative situations, but it also applies positively. Yes, we reap consequences for sin, but we also reap blessings for doing the right things. If we plant seeds of kindness and love, we should expect to receive the same in return. Therefore, we do have an important part to play in our harvest, although God ultimately controls the outcome. A farmer who plants corn expects to reap corn at harvest time. 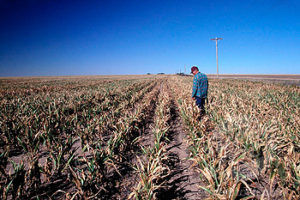 However, one of the truths about harvesting is that there is sometimes crop failure. While crop failure is usually unwelcome, it is not always a bad thing. In Jeremiah 12:13, God’s people sowed wheat and reaped thorns due to their sin. But crop failure can be a good thing when we have sown evil seeds. Because of God’s mercy, He does not always give us what we deserve. Even though we’re guilty, He may choose to lighten our consequences. There have been times when I have been in the wrong, but God has shown mercy on me. Thank God that sometimes the bad seeds we plant get choked out by weeds. I’m grateful that sometimes the sun scorches our bad seedlings or frost destroys the harmful plants that have spouted.

Take a moment today to thank God for His mercy.

One of my motivations for writing Go Into The House was to help men who have gone through a difficult marriage/divorce without a support system to aid them through the process. As I state in the book’s introduction, men don’t often talk about certain pains and struggles. I wrote about mine because I believed others could benefit from my experience.

The statistics show that women are much more prolific readers than men. To market my book exclusively to men would eliminate a majority of the potential audience. However, men were never my only target audience.

The book is also directed to women, because I have found that women want to hear a man’s perspective, especially when it comes to relationships. This trend can be seen in the popularity of books such as Steve Harvey’s, Act Like a Lady, Think Like a Man. And, the principles in Go Into The House can be applied to any major disappointment in life–relational or otherwise, whether you are male or female.

While I have received excellent feedback from men who have read my book, the majority of the readers and responders have been women. This comes as no great surprise, given the statistics. Women have told me they’ve appreciated my candidness in sharing my experience. Some have admitted that my story has helped them realize things they have done in their own relationships.

Talking openly and honestly about relationships is a key to helping improve relationships and maintaining healthy ones. Our silence as men has contributed to the problem. I admit, it’s not always easy to share, but so much is at stake. It’s worth the risk. Let’s keep the conversation going!